I contemplated being silent today because I’m not in a good mood, but I’m also too upset to pretend.

I’ve had less than five hours of sleep. I tried going back to bed an hour ago, but I am unable to focus on genuine rest. That usually means doing what I always do when there are thoughts running through my head; write.

My brother is sick. By “sick”, I do not mean he has a cold or the flu, I mean that he is going into the hospital tonight. Why wait? Because he “doesn’t want to ruin my day”. It’s not meant to make me feel guilty, he’s just utilizing God given guilt.

When I tried encouraging him to “just go” (He totally inherited the stubbornness from my Mom.), he refused, saying he could go tonight “after I celebrate”. I even offered to go with him, which he doesn’t want, not unless major surgery is being performed. He’s not trying to be dramatic, he just is. 😦 He’s also conscious of the fact that nearly every birthday I have sucks in some way, and that he’s usually the cause if I, myself, am not stuck in bed sick as a dog (in the traditional way).

Last night, he informed me of all his final plans. Plans I am meant to carry out, some of which include organ donation. I’ve had to hear people’s “final wishes” more times than I care to count, so last night was too much. My eyes are swollen from crying and my stomach hurts wondering if this is it, if some horrible health issue is going to rob me of the only remaining sibling I have left. Very real possibilities. When he got a clean bill of health three years ago, I was surprised, and relieved, but a lot has changed since then and I am sick with worry.

You know that one stubborn family member who would rather risk his/her own hearing than go to the emergency room for a horrible ear infection?! That’s my brother. Not once, not twice, but three times. The first time he did it, he did lose significant hearing in his left ear because he waited an extra day before going to the ER. The last ear infection was so bad that he now accuses me of raising my voice when I speak at a normal tone. I can whisper, he’ll say I yelled.

Today is not about me. Today is about praying for my brother and what he is going through. It is me praying that he did not have a heart attack and isn’t in congestive heart failure, and that nothing more is going on, though I suspect there is based on what he is saying hurts. Both of my Grandfathers died from heart attacks, but one died at 40, leaving behind a wife, a fifteen year old, and a five year old. My brother started taking aspirin several years ago to “prevent” that from happening to him, but he made no other changes that could have been beneficial. That’s why I’m scared for him, and that’s why I’m sick to death over this.

I will half-heartedly do some important things that need to be done this morning into the early afternoon hours, but after that, I am forcing his ass to the hospital, even if I have to drag him there by his balls. He usually hallucinates when they medicate him, so that would mean being told rather loudly that I am “trying to pull out his IV” or “embarrassing him” when all I’m doing is sitting quietly, or pacing the hall outside a room. I will spend the evening waiting to hear what his prognosis is.

No matter what you believe in, I ask that you say a little prayer today. No one deserves to lose a loved one and no one as young as my brother deserves to go through this. 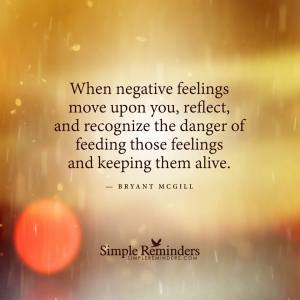